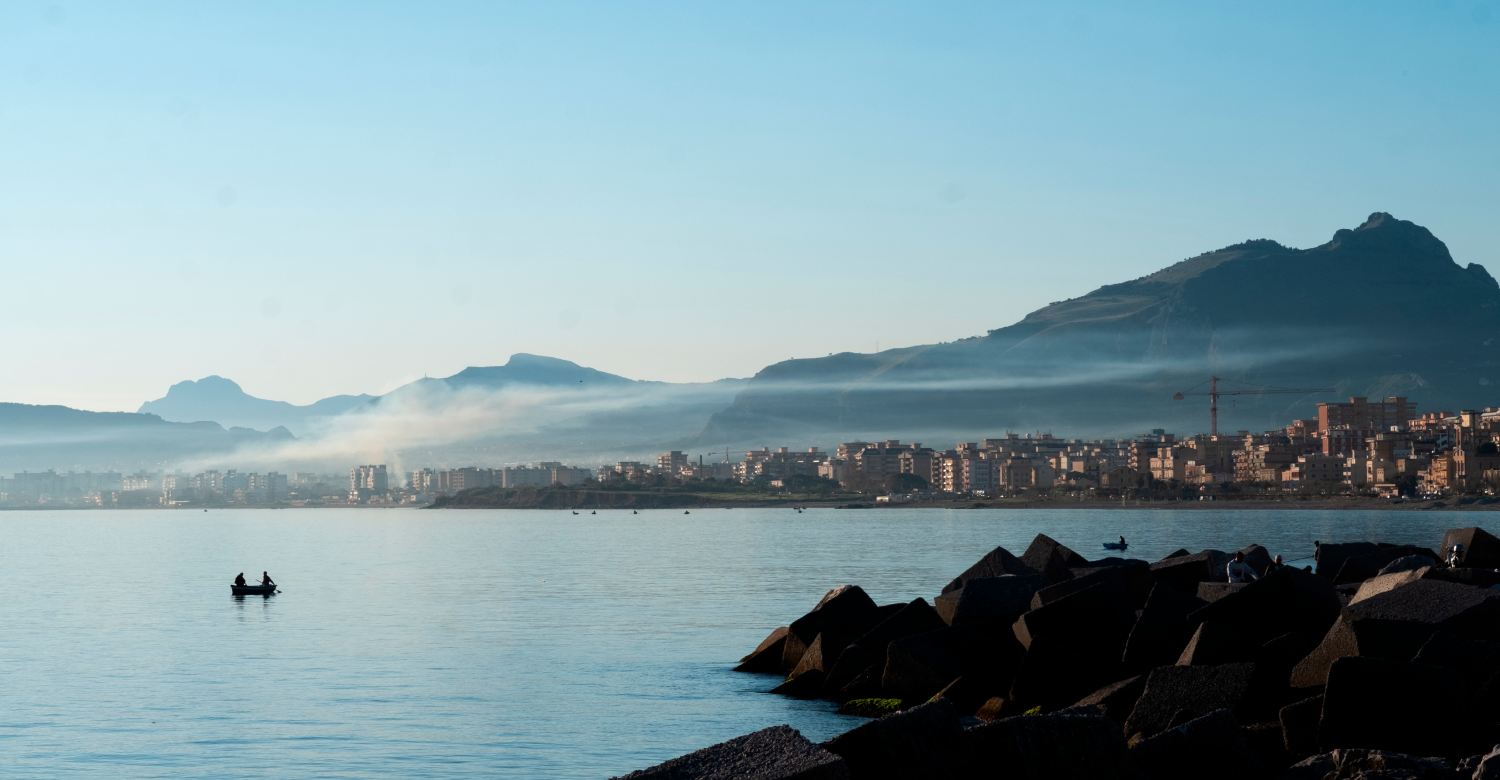 The Mediterranean between Utopia and Apocalypse

Meeting with historian Leyla Dakhli “The Mediterranean is a utopia”

"This label of "Mediterranean" designates a common culture, a form of cosmopolitan utopia, a little syrupy and often nostalgic, the place of a meeting and a coexistence between peoples and cultures, of a circulation between the West and the East. From orientalists to Albert Camus there is the same imaginary world: Mediterranean sunshine, the beauty of ruins and landscapes, the brightness of the light, vineyards and olive trees, etc. And this imaginary world is even stronger the further away you are from the Mediterranean: it is in full swing in Berlin, where I have been living for four years and where I have gradually seen the arrival of refugees. Above all, the more the Mediterranean is affirmed as a common world in discourse, the more separations and divisions appear in reality.”

“The Mediterranean utopia now has its exact negative side: the space of the clash of civilisations, the cemetery sea. Because it is at the end of a number of crises, including the monstrous Syrian conflict, the Mediterranean tends to be described as an apocalyptic space riddled with wars, a territory devastated by death. But not all migration is due to war, and while many migrants die, not all are necessarily fleeing extreme situations. Some are just looking to bring a little money back to their village, or simply to see what it's like elsewhere. The crisis is also caused, since the mid-1970s, by congestion policies. The construction of Europe has had a huge impact on migration: the more Europe opens up internally, the more it closes itself off externally by imposing visas on Mediterranean migrants in general, whether they are seasonal, economic, etc. The latter have to go through all sorts of mechanisms that create a bottleneck that has become a crisis zone over time, whereas migration in the Mediterranean area used to be a kind of routine.”

“The notion of the Mediterranean is caught between a utopian approach and an apocalyptic vision. In order to get out of this situation, I believe that we need to mute research on the imaginary or monographic approaches, in order to work on connected spaces, on circulations, and on the way in which the very contemporary puts history into perspective.”

“The Mediterranean links three continents: Europe, Africa and Asia. But even as a geographical space, it is not self-evident: are we talking about the sea itself or the area around it? Nor do we know how far this area extends, especially since those who arrive in the Mediterranean today often come from the sub-Saharan area. Should we go as far as the Sahara border? The war in Syria also reveals circulations that we had almost forgotten, via the Middle East and the islands of the Aegean Sea, this "eastern route" where so many dramas were played out, such as the exchanges of Turkish and Greek populations after the First World War. Underneath its appearance of an inland, closed, circular sea, the Mediterranean is in fact the bearer of all the divisions: North-South and West-East. North-South, i.e. the colonial and post-colonial front, and West-East, i.e. Maghreb-Mashrek, Couchant-Levant, Mediterranean-Black Sea.”

“These divisions are also reproduced in our disciplines, since we are often specialists in a particular cultural area. We are located on one side or the other of the Mediterranean, north or south, west or east. It is this tropism that I would like to help break down by reconnecting the different Mediterranean worlds. Because the Middle East is traditionally not that interested in the Mediterranean... unless it is the Mediterranean that is not that interested in the Middle East! In any case, it is not at all clear that this area is part of the Mediterranean. The history of the Middle East is rather inscribed in the Arab world, the Arab League and the potential Arab nation. In this other utopia of the South, the Arab world is turned towards the Holy Land of Israel-Palestine, and towards the Holy Land of Arabia, Mecca, as well as towards Iraq and the cradles of the caliphates and of Arab civilisation.”

“One could almost say that the Mediterranean is only for Europe, only seen from the North, from above. The colonised, economically or politically dominated areas around the Mediterranean do not relate to it and do not name it as such. By naming the space, the power, whatever it is, gives itself the possibility to conquer it, really and mentally. This is, par excellence, the imperial space of the Romans, Mare nostrum, 'our sea'. Everything is in the possessive 'our', of course, in this appropriation, this conquest: our values, our religion, our architecture, our buildings, our cities, our way of exploiting the land, in short our way of organising the world.”